In which I essentially attempt to quickly convince you to watch a movie that is currently streaming for one more day. I stumbled upon it recently and found that I love it so much I should write up a flash review calling more attention to it. Be prepared for a stirring score (akin to the classical greats, and John Williams or LotR and similar soundtracks), a stellar cast, and to be awed by the perfect silent acting, highly re-watchable choreography, and the discipline and teamwork displayed.

So I’ve found something entirely new I greatly enjoyed.

Recently, I’ve had the honor and pleasure of watching a Great Performance episode currently streaming (it will expire after the end of tomorrow) on PBS that I was surprisingly and thoroughly impressed by.

Now, I’ve never put much stock in the “woeful tale of Juliet and her Romeo.” I think the story is mostly about the couple’s faithfulness to their love instead of their development, and the social factors (i.e. feud) stacked up against them. And while I admire Shakespeare’s poetic ability to express their affection for each other, I do sympathize with those who say that they haven’t much use for R&J. I had landed on the Now Streaming Page mostly due to my interest in Vivaldi (which is another great episode, about his life, work, faith, and about how his music – including The Four Seasons, was almost lost). Originally, with that still image for the video, I avoided playing it (for, I think, obvious reasons). Then due to a short I saw, I decided to give it a try. The score is by Sergei Prokofiev. I skipped to “The Dance of the Knights” (not knowing what it is at the time, of course, just trying to get a glimpse what this is), which turns out to be a very brilliant piece of music. I’m quite obsessed with it right now (along with the repeated R&J theme during their fantastic pas de deux – which are, I recall, three, maybe four). The flow of the piece reminds me a lot of a popular film franchise theme (hint: John Williams – basically if you like his music, or LotR and similar soundtracks, then you have to watch or at least listen to this ballet). Here – listen to it and let me know what you think as well as what music it reminds you of!

I spent 90 minutes watching the performance. It is visually & musically thrilling and spectacular. I love every number (which more than I can say for The Nutcracker Ballet I’ve seen). The music by Prokofiev is sweeping and lovely and, coupled with the choreography designed by Sir Kenneth MacMillan, truly convey all the heart and spirit of the tale. Without a single word.

I’ve found that I now consider ballet to be a sport. The discipline, balance, trust between/among partners, perseverance, control, and fitness required of the dancers are astonishing. I actually have a much higher regard for dance compared to the popular ones people obsess over these days (especially football), and rather like to think of it as akin to fencing and gymnastics. And although I am not a specialist in any of these, I do admire watching it done well.

William Bracewell and Francesca Maynard are breathtaking in their (seemingly) effortless performance together as the titular characters. Watching them, I felt like gravity didn’t exist. And two thumbs up on all the mime/silent acting throughout by the Royal Ballet Company, including the fencing/fight scenes.

Unlike most ballets, this one is filmed (which means best cuts) on a historical Verona set built in Budapest. Meaning you can see the open sky and air and natural lights (the night scenes were actually filmed at night, and the wind during the Balcony pas de deux (a clip below – which for some reason is nothing related to the still image on the video) was real, natural pre-storm wind – they really did have the weather on their side because it looks so much more compelling than simply on stage).

Overall, the entire show is a fine treat and struck all the right notes and steps. This is my first exposure to a high production/quality ballet and I still can’t believe how much I unexpectedly love it. I think it’s probably the only way to really experience the story of R&J. Unfortunately I have found that movie is not available on any other streaming platform or for purchase on DVD. Mostly due to this fact, I’ve decided to give you a heads up via this flash review. If you have 90 minutes today or tomorrow, watch it. 🙂 I also saw the Making Of which is 18 minutes long (embed below) and very interesting. I’m quite certain you shall not be disappointed.

A Note On the Content: Several kisses. A very brief (I think several seconds) passionate kiss during R&J’s wedding night (with the camera so close up, nothing is shown other than bare upper shoulders and the kiss). Male dancers wear tights to show their leg work.

What do you think? Have you seen this? Are you interested in watching this today or tomorrow? Have you ever watched ballet (either filmed or live)? Do you enjoy it? Do you have any favorite pieces you’d like to highlight/recommend? Let me know in the comments! 🙂

A list of everything currently streaming on PBS (free), including the Vivaldi episode I mentioned:

INTJ. Freedom Fighter. Dragon Rider. Rebel for Justice. History Buff. Truth Seeker. Dedicated Saboteur for the True King. Team Cap. Narnian. 221B Baker Street Regular. Traveler of Middle Earth. A Believer doing my best to live out 1 Tim. 4:12 & 2 Tim. 2:4. I tend to devour books & films that offer profound wisdom or instigate interesting ideas, or are just plain fun. “Holy wisdom is not clear and thin like water, but thick and dark like blood.” ~ C.S. Lewis, Till We Have Faces Profile image is Enjolras from Les Miserables (2012, Directed by Tom Hooper). I admire his character very much. :) View all posts by CC @ Stories On These Walls (2 Tim. 1:7)

8 thoughts on “Last Chance for You to See Something That I Surprisingly Loved Watching and Am Truly Impressed By ~ Now Streaming on PBS, Romeo and Juliet Ballet” 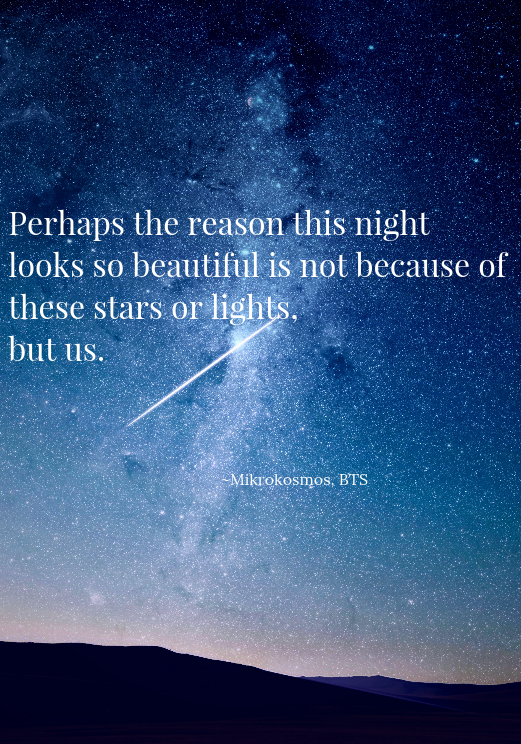 I have a special weakness for redemptive heroes, the all things SCOTTISH, American War for Independence, chocolate-covered toffee, and Bigelow’s pomegranate pizzazz tea. (Bitter bean water is not really my thing. Yet, at least. :)

All original reviews on this site are solely honest opinions of the respective page/s’ author/s.

Views/opinions expressed by any advertisers/guest writers/posts/quotes/comments are their own and do not necessarily reflect those of ProjectPursueWisdom.com or its writer/s.

Explorations in the world of Indie Publishing

Your Source For Young Adult Books, Unboxings, and All Things Bookish

Fantasy Author. Dreamer. Believer in ice cream and becoming better versions of ourselves.

Rising from our own ashes

Humorous Fantasy with a Dash of Romance

Words and Worlds of Wonder

A Glimpse of Starlight

finding the light beyond the clouds

think of eternity and live backwards from that ~ voskamp

Swordmaiden of the King

Explorations in the world of Indie Publishing

The Beauty of Words

wisdom from the past, challenges for today

a book blog that stands for quality stories, old and new

book reviews from a young bibliophile and budding author