Before my poor readers start to get any ideas that I actually have an exact date on which I’d watch a specific Christmas movie, I shall start with the disclaimer that 1) I don’t, and 2) this movie countdown is not really in a specific order.

However, I did try my best to order a few of these specifically (for reasons I’m sure you shall be able to determine on your own.)

Struggling songwriter Dave Seville (Jason Lee) opens his home to a talented trio of chipmunks named Alvin, Simon and Theodore, they quickly become overnight music sensations. But when a greedy record producer (David Cross) tries to exploit the musical ensemble, Dave must use a little human ingenuity–and a lot of ‘munk mischief–to get his furry family back before it’s too late! (From Amazon.com)

So. Who doesn’t love Alvin?

I watch this one every single year. And since my home usually don’t get a lot of snow until closer to Christmas, it’s easier to relate the movie’s green Christmas in LA. It’s cute and hilarious and really uplifting.

The plot is well-paced and packed with action. It’s not a simplistic story and the characters are colorful and well-written and acted. Alvin is edgy and cool and always pushing the line. Simon tries to restrain him and keep the trio together and sane. Theodore is the sweetest and chubbiest of the three, always trying to catch up. David Seville starts out as a rather irresponsible guy (not fully intentionally, it’s more on the lost side, his lack of intentionality is most of the problem), and ends up caring for Alvin and the Chipmunks as a dad would, on top of being their songwriter. The family message is awesome. I also love the highlight in story is the purpose of maintaining discipline and order in life. Probably a message kids don’t get a lot today, so I doubly appreciate it.

And, really, gotta give it up for the singers behind the chipmunks – they had to sing each note for a much longer time than the final presentation because they had to process them to the “chipmunk” sound.

P.S. I can never look at a raisin the same again after this.

Have you seen Alvin and the Chipmunks? What is your favorite animated Christmas movie?

One thought on “12 Days ‘Till Christmas, Movies Countdown: Alvin and the Chipmunks” 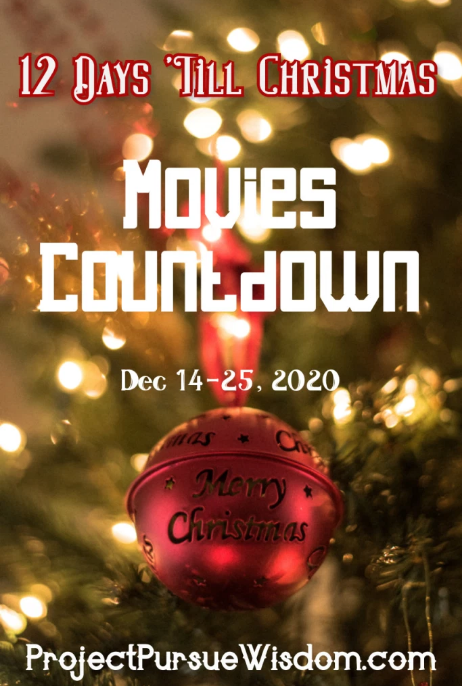 I have a special weakness for redemptive heroes, the all things SCOTTISH, American War for Independence, chocolate-covered toffee, and Bigelow’s pomegranate pizzazz tea. (Bitter bean water is not really my thing. Yet, at least. :)

wisdom from the past, challenges for today